You are here: Home / Owner’s Manual / Compliance / Why Sexual Harassment Training Is Important

Over the past 22 months, people in all walks of life have felt empowered to stand up to sexual harassment and stand up for themselves. It took too long to get this conversation going, but in less than 2 years, our society has taken big strides to make sure employees everywhere are treated with dignity and respect in the workplace. This empowerment started on October 5, 2017 when Ashley Judd accused media mogul, Harvey Weinstein of inappropriate conduct. A few weeks later, Alyssa Milano asked people to respond “Me Too” to her tweet if they had been sexually harassed or assaulted. Then the #MeToo and “Time’s Up” movements were on. Days after Milano’s tweet, Olympic gymnast, McKayla Maroney said she was sexually assaulted by former team doctor, Larry Nassar.

Since then, well-known celebrities and politicians have been removed from their jobs and many have faced criminal charges because of alleged sexual misconduct. But, this movement has not affected only figures in entertainment and politics. Workplaces large and small in every industry have faced the same issues. So how does a business protect itself and its employees?

Well-trained managers will be better equipped to recognize and deal with unwanted behavior before it gets to the point of sexual harassment. Providing training to employees can help those workers feel more respected and protected in your workplace. Well-trained employees can also act as the eyes and ears of the company. Managers can’t be everywhere, so it is important that employees know what sexual harassment looks like. That way, they can report unwelcomed behavior, even if another employee is the person being victimized.

What Does Sexual Harassment Training Cover?

Sexual harassment training should cover many important issues, from behavior to procedures:

Acceptable behavior. First, employees need to know which behaviors are not acceptable in your place of business.

Consequences. They also need to know the consequences for unacceptable behavior.

Who, where, and when. Employees need to know who harassment can come from, who can be victimized, where harassment can occur, and if harassment is limited to the time an employee is “on-the-clock”.

Where to go. Critically, employees who feel they have been victims of harassment need to know who in your company they can talk to for help.

By introducing training that covers each of the elements above, companies have a great opportunity to reintroduce their harassment policy to all employees – not just new hires.

See also: Using the Four Steps of Progressive Discipline to Instruct Instead of Punish

As you would expect, with all of the attention being paid to sexual harassment in the past few years, some states (California, New York, Maine, etc.) have mandated sexual harassment training for managers and non-managers alike. It is important to know if there are training requirements in the states where you have employees working and which types of companies those requirements apply to. Also, in states where training is mandatory, there may be certain qualifications that the trainers must meet. Whether or not your state requires sexual harassment training, it is a valuable tool to keep your employees safe and productive, as well as minimizing your company’s exposure to potential harassment claims and law suits. 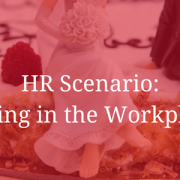 HR Scenario: Dating in the Workplace 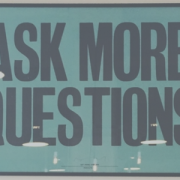 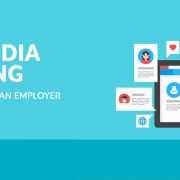 Social Media Screening: What You Need to Know As an Employer [INFOGRAPHIC] 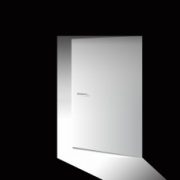 What is OSHA Compliance and Who Needs to Worry about it?
0 replies

How the Knowledge Gap Kills Communication, and How to Beat It