One of our incredible clients from Boise, ID recently shared with us this story that hits right at the heart of social media and HR practices.  This story was about an Idaho Supreme Court case involving a nursing home worker fired for a Facebook status update which violated the employer’s social media policy.

It reminded us of a couple things:

The employee shared on Facebook that they’d like to “slap the ever-loving bat snot out of a patient” at the 60-bed Desert View Care Center in Buhl, ID.  The status update also insinuated that Talbot would not answer residents’ call lights “every time” if they insulted him. The employee was dismissed, after the company discovered the posts by the employee, for violating the employer’s social media policy. First, the Idaho Department of Labor determined that Talbot was “venting” and would not actually harm a resident, and that the facility’s social media policy was vague about Facebook posts, according to reports. The agency granted Talbot unemployment benefits. Then the State’s Industrial Commission came to a different conclusion, finding that Desert View had proper policies in place and had communicated them to Talbot, who agreed to abide by them as a condition of employment.

Talbot sought unemployment insurance benefits, but his claim was denied because he was discharged for violating the company’s policy. Talbot was denied unemployment benefits. Talbot then appealed to the Idaho Supreme Court. The high court upheld the denial of benefits, finding that the employer had satisfied each of the three required elements. Most important was the court’s finding that the employer had an expectation that its nurses would not make threatening statements about a patient on Facebook and Talbot failed to meet the employer’s expectations. Talbot argued that his post was not a threat—it was merely a “rhetorical statement meant to initiate discussion.” This is yet another example of how a sound social media policy could have a major impact on some companies. Even though it was not an actual threat, “threatening” language or comments can cause harm, regardless of intent. In this case, since the employer had language in their policy regarding threatening language, it protected them after they took action to terminate the employee. This is consistent with the First Amendment case law in the context of social media and free speech. When an employer is faced with potential harm arising from an employee’s social-media post, the employer does not have to wait until those harms actually occur before taking action.

Desert View had a portion of their policy that stated employees are “to treat physicians, providers, vendors, conservators, regulators, competitors, fellow employees, managers, and the family members of our patients with respect electronically, as well as in-person.” Additionally, “employees will at all times avoid slanderous, vulgar, obscene, intimidating, threatening or other ‘bullying’ behavior electronically towards any of the groups identified above or towards other facility stakeholders.” The “threatening behavior” mentioned is the one that ended up protecting them.

Every business will have a unique risk exposure when it comes to your employees and social media in accordance with the nature of your business.  Be careful and diligent to consider all possible circumstances that could warrant taking action against an employee if their behavior on social media causes any damage to your company, and include clear and simple language in your policy to protect yourself. Employers HR materials should clearly communicate the social media policy to your employees. Document every employee’s recognition and agreement of the policy and file a copy for your record. In the case of Desert View and Talbot this wasn’t the strongest area of their case against Talbot. Since they did not have a signature on the policy itself proving the employee’s undisputed awareness of the policy, it almost blew their whole case.  Talbot stated that he never read the Social Media Policy.  He acknowledged receiving this policy and agreeing to its requirements when he signed for his paycheck on September 10, 2012.

As always, if you have any questions don’t hesitate to reach out to our experienced HR experts for answers!

Are You A Detail Hoarder? 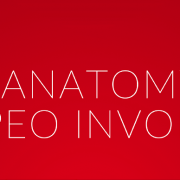 The Anatomy of a PEO Invoice [FREE EBOOK] 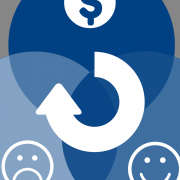 18 Employee Retention Ideas That Will Reduce Your Turnover Costs 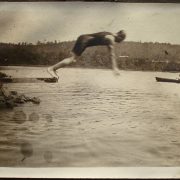 Taking the Plunge, Are you ready for an online HRIS?

What You Need to Know About Workers’ Comp