You are here: Home / Owner’s Manual / Human Resources / Hiring, Engagement & Retention / How the Knowledge Gap Kills Communication, and How to Beat It

Communication tools have become more complex, and each generation’s preferences can be unique. Sometimes it’s good to remember the communications basics. Here’s a great one from our archives, originally published in 2014.

As a business owner, nothing is more important than being able to clearly communicate your ideas to partners, employees, managers, vendors, and customers. However, this can be a major challenge for some.

Have you ever wondered why sometimes employees don’t seem to get it? You try to communicate directions or instructions which seem simple and straight-forward to you, but they elicit a blank stare from your employee. They just don’t get it, and we’ve all seen “that look.” This is a real challenge because, regardless of the reason, if your employee doesn’t understand your message, everyone feels frustrated – definitely not a WIN-WIN. Most employees really want to listen and do well, but a lack of effective communication can hold them back!

Shared Experience is the Key to Communication

In researching this issue I thought about a few of the great leaders I’ve served. I can remember listening to them communicating their ideas to managers and workers only to have their message lost in a general confusion. Why does this happen? It may just be that owners, managers and top executives have had years of immersion in the practical conventions of their business world. When they communicate their ideas, which they see against a backdrop of vast experience, they assume their audience sees the same backdrop. Front-line employees though, who have no access to the underlying meaning, hear only opaque phrases. The end result? Ideas just don’t get across. Great thoughts and plans end up falling on deaf ears.

How “Too Much” Experience Hurts Communication

In trying to understand this issue, I ran across a fascinating study called “The Curse of Knowledge.” In 1990, a Stanford University graduate student set up an experiment to explore why we sometimes fail to effectively communicate our ideas. She set up a simple game in which she assigned people to one of two roles: “the tapper” or “the listener.” All tappers were asked to pick a well-known song, such as “Jingle Bells,” or “Here comes the Bride” and tap out the rhythm on a table. The listener’s job was to guess the song. Before the experiment began, the “tappers” were asked to predict the probability the listeners would be able to name the songs. They predicted 50%.

As the experiment unfolded, songs were tapped out a combined 120 times. To the “tappers’” surprise, the listeners guessed only three of the songs correctly! That’s a paltry success rate of 2.5%. The tappers only got their message across one time in 40, but they thought they would get it across one time in two. Why? As a tapper taps, it is impossible for them to avoid hearing the tune playing along in their heads (try it). Meanwhile, all the listener can hear is a kind of bizarre Morse code. Yet the tappers were amazed and frustrated by how hard the listeners had to work to discern the tunes!

See also: Using the Four Basic Steps of Progressive Discipline to Instruct Instead of Punish

Are You “Cursed” With Knowledge?

So here is the answer: once we know something, like the melody of a song, we find it nearly impossible to imagine not knowing it. Our knowledge has “cursed” us. We have difficulty sharing it with others because we can’t put the “music” we have (experience, context, etc) inside their heads.
In the world of business, leaders and their employees, sales people and their customers, corporate headquarters and the front line, all rely on ongoing communication, but suffer from enormous information imbalances just like the tappers and listeners. The “curse of knowledge” is on full display in most, if not all the communications these groups share.

A good example of a business that has translated their message effectively is Trader Joe’s, a specialty food chain whose mission states: “To bring our customers the best food and beverage values and the information to make informed buying decisions.” That’s the company’s abstract umbrella statement that, on its own, falls quickly into the realm of blah, blah, blah. But shopping at Trader Joe’s is nothing like shopping at your typical grocery store, and its aisles are full of inexpensive but exotic food items like Moroccan Simmer Sauce and Red-Pepper Soup.

Trader Joe’s beats the curse of knowledge and gives real meaning to its strategy by using concrete language elsewhere. It touts its reputation as the “home of cheap thrills,” describing its target customer as an “unemployed college professor who drives a very, very used Volvo.” The image is a simplification to be sure, as at any given moment, there are probably zero of these “target customers” in Trader Joe’s. But because it simplifies a complex reality, the description ensures that all the employees of the organization have a common picture of its customers. Would the professor like the Red-Pepper Soup? Yes.

So in communicating to your employees, or anyone else for that matter, if you want to avoid this “curse of knowledge” you should learn to translate your message into the concrete, recognizable language of your intended audience. A first-day employee will need a different “language” than a business partner. You should find ways to step into “their” world. From that perspective, you share your ideas.

Frame Your Thoughts In Your Listener’s World

Simply put, your focus needs to be on them, not you. It’s much easier said than done, but the good news is any level of effort you put into making these changes will likely yield positive results and you’ll probably avoid an HR nightmare or two because of it. Business owners and managers love their companies and they believe in them completely. But, in their passion to share their message, they might just be shutting down their listeners. Take that passion and transfer it into your employees’ world. Bring the solutions forward from their perspective, in their words. Doing this well could be one of the most important and effective communication skills you’ll ever develop. 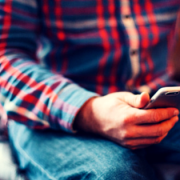 How to Master the Pre-Interview Screening Process 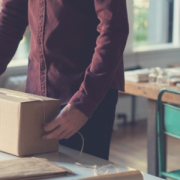 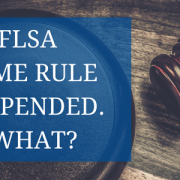 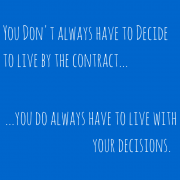 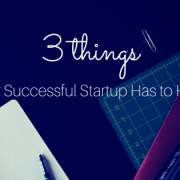 3 Things Your Successful Startup Has to Have 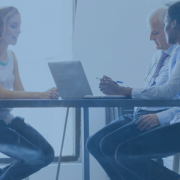